There are 48 starters – 4 per week plus a bank of 12 ‘Fun-Fair Friday’ tests.
They are categorised under Key Skills – see below.
In general, the starters further down each group's list get slightly harder.
Starters with an E at the end of the download filename are easier, as they revisit Y2 skills. 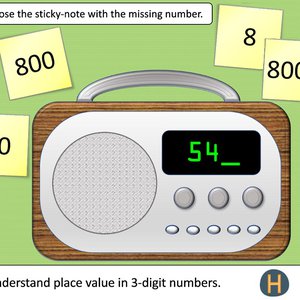 Children write numbers in response to images for hundreds, tens and ones, and fill in missing numbers in place value calculations, e.g. Which of these could be the value of the missing digit in 4_7? (a) 4 (b) 30 (c) 600.
They estimate where to place 3-digit numbers on a line, applying their understanding of 2-digit place value.
Children round numbers to the nearest 10 or 100. 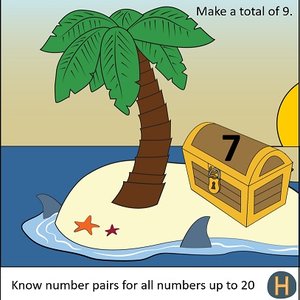 Number bonds and next 10
Number facts in adding and subtracting

Addition and subtraction facts are rehearsed, including number bonds to 10 and 20, pairs of numbers which make the numbers up to 20 and adding to make the next multiple of 10. Occasional ‘tricky’ questions challenge children to go beyond simple number fact recall. 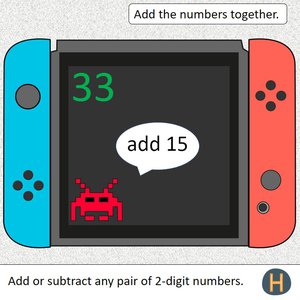 Children practise mentally adding two 2-digit numbers. They use their knowledge of place value to decide whether to count on or partition and re-combine. They add and subtract 1s, 10s, or 100s to/from 2- and 3-digit numbers and extend this to add/subtract 1ps, 10ps and £s to/from amounts of money. They also rehearse mental strategies to find a difference, counting up from the smaller to the larger number. 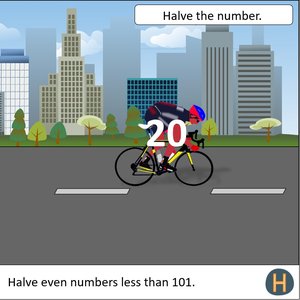 Children rehearse known facts, e.g. double 6 is 12 and half of 18 is 9. They also practise quick mental calculation involving doubling and halving, e.g. half of 44 or double 23. Some may involve simple partitioning, e.g. double 15. 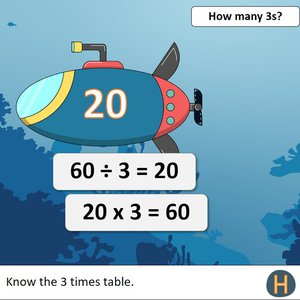 Each starter takes a particular times table as its focus. We aim to practise both multiplication facts, e.g. 3 x 6 is what? and also, division facts, e.g. How many 6s in 18? For the easier tables, e.g. 2x and 5x, we add some tricky questions intended to pose a challenge outside simple recall of facts and some children will love this. Encourage all children to have a go! 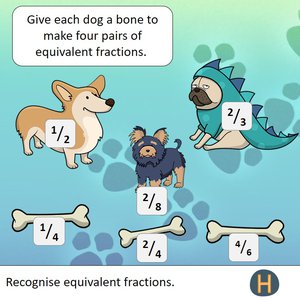 Children look carefully at sets of fractions and identify those which belong to the same ‘fraction-family’, e.g. identifying 3/6 and 5/10 as equivalent to 1/2. These ‘fraction families’ include halves, thirds, quarters and fifths. 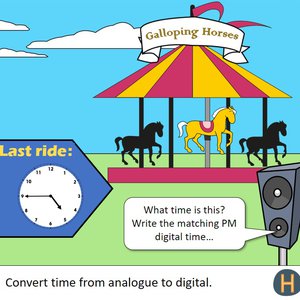 Telling the time
Recognising and matching analogue and digital times

Children identify the correct time on analogue clocks, then find digital time displays to match. This rehearses telling time to the hour, 1/2 hour and 1/4 hour on both analogue and digital clocks. 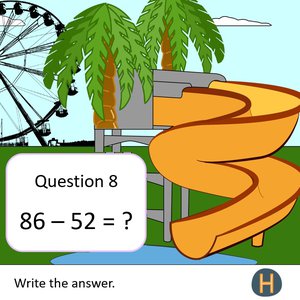